The CRS promotes academic and policy-relevant research on conflict processes, and conflict and cooperation. The CRS boasts an international membership supporting leading and world class research on conflict and peace. The Society provides a forum of deliberation for our partners including leading global academic institutions and NGOs. In response to the difficult multidimensional challenges of conflict and cooperation, the CRS brings together a wide range of multidisciplinary research to foster key debates on important issues around the world.

The Awardee will be:

Applications must be submitted by 31 March 2022.  Applicants must submit: (a) a curriculum vitae; (b) a 200 word abstract of the PhD project; (c) a 1000 word research proposal; (d) up to 200 words on how the grant will be used to achieve the research objectives; (e) a detailed budget. The evaluation of the application is based on the merits and feasibility of the proposed research.

All applicants will receive a decision within two months, by 31 May 2022. Note that the chosen recipient will be asked to provide proof of enrolment from their university’s home department before funds can be distributed. Given the ongoing uncertainty caused by Covid-19, we recommend that the award recipient arranges travel that is refundable/changeable. All foreign travels must follow government and the recipient’s university guidance. If the award money cannot be spent by March 2023, we ask that it be returned to the CRS and go into the pot for next year’s application round. 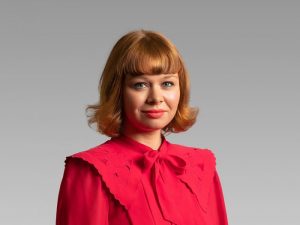 Gina is a PhD Candidate in War Studies at King’s College London and a Research Fellow at the International Centre for the Study of Radicalisation. Concurrently she is also an Associate Fellow at M&C Saatchi World Services. Her research interests centre on gender-sensitive analysis of terrorism and extremist violence, studying issues such as women and minors’ (de)radicalisation; terrorist groups’ policies and propaganda for female supporters; roles of female extremists and combatants; and the increasing use and exploitation of child terrorists. Gina holds an MA in Terrorism, Security and Society from King’s College London, and a BA (Hons) in Asian and Middle Eastern Studies from the University of Cambridge, for which she spent over a year living and working in the Hashemite Kingdom of Jordan.

Gina’s PhD thesis explores the gendered realities of life under Islamic State (IS) rule in Iraq and Syria between 2013 and 2017. Through examination of the group’s governance policies and practices, her research aims to uncover the ‘everyday’ experiences of local Iraqi, Syrian and Kurdish women. The study highlights differing rights and freedoms afforded to local women compared to men, foreign female IS recruits, and across religious and sectarian divides. In-depth analysis of women’s first-hand accounts of their experiences – compared and contrasted with IS’ own documented narratives of its governance activities – provide unique insight into the gendered dynamics, consequences and impacts of this case of non-state actor governance. By applying a gender lens to IS’ governance activities, this thesis seeks to contribute to the nascent literature of feminist security studies, as well as provide a unique perspective to traditional studies within the fields of terrorism and non-state actor governance.

Gina will use the grant from the Sydney Bailey Fund firstly to conduct extensive in-person interviews with Iraqi, Syrian, and Kurdish women who have first-hand experience of living under Islamic State rule. This will take place primarily within IDP and refugee camps within Iraqi Kurdistan, with the potential to extend this to Turkey. Although some women may hold bias both towards and against IS, it is important that research acknowledges and considers the plurality of locals’ opinions of the group, which are important in shaping counter-extremism and stabilisation approaches at a local level. Therefore, it is important that these interviews are conducted in-person, and that sufficient time is allowed to hear and understand women’s accounts in full. Secondly, fieldwork trips facilitated by the grant will serve to establish long-term contacts with IS-affected communities and local humanitarian workers active within the region, providing opportunities for future remote interviews and continued communication with the research populations for longitudinal studies. 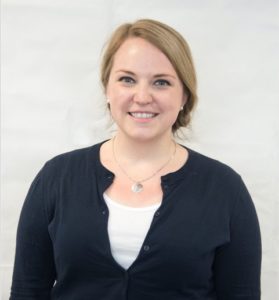 Amanda’s current research looks at ‘inter-referendum’ Northern Ireland – from the 1998 Good Friday Agreement to the 2016 Brexit vote – and the role of the voluntary and community sector in confronting the on-going peace process, including how these organisations have dealt with top- down political tumult from a bottom-up perspective. In her thesis she argues that the peace process continues to reproduce intergroup conflict and division because it focuses on official organisations and structures, ignoring the lived experiences of 1.8 million people in Northern Ireland. This allows unrest to give way to a ‘culture war’ influencing every aspect of life. Her research illustrates how these divisions drive lived experiences and the ways in which the grassroots peace process has been and can continue to be successful in overcoming this deep schism.

Funding from the Sydney Bailey Fund has supported Amanda’s fieldwork in Northern Ireland carried out over June and July 2018, including interviews with current stake-holders as well as archival work situating the period of inquiry in the longer historic context. The semi-structured interviews with members of civil society organisations and statutory bodies across the region proved to be valuable conversations about the shifting nature of ‘peace’, conflict, and division in Northern Ireland, and how each changed over the relative quiet of the inter-referendum years. These first-hand accounts are particularly instructive in reflecting a shift away from the largely shared goal of ending paramilitary violence and achieving decommissioning to a more fractured view of what the future of the region should hold. The interviews focused on how grassroots/community sector organisations have impacted life, particularly in periods where devolved government has not functioned. Hence the interviews were crucial to Amanda’s investigation of the impact these stakeholders have on everyday experiences compared to elected officials.

Amanda is a PhD Candidate in the School of International Relations and Handa Centre for the Study of Terrorism and Political Violence at the University of St Andrews. She previously studied at Queen’s University Belfast (M.A. Politics, 2015) following an undergraduate degree from Yale University (B.A. American Studies, 2014). While at Queen’s, her interest in both Northern Ireland and peace-building led to a dissertation looking at the threat of political violence from the IRA as a driving force behind the ‘On the Runs’ scheme as part of the post-Good Friday Agreement peace process. She has recently published an article based on this project in Irish Political Studies. Her work has also appeared in the Open Library of Humanities through the #Agreement20 project, with an article considering the language of the Good Friday Agreement as a barrier to improving community relations in the region over the last two decades. 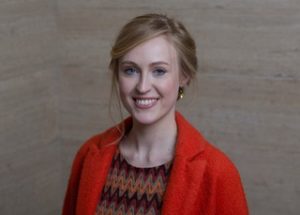 Inga’s PhD research traces formal and informal proto-state institutions that emerged across parts of the Tripoli Province during Islamic State’s takeover of Sirte. Her research examines their role in the country’s power structures through a contentious politics framework. The research focuses on understanding the local factors that led to the rise of Islamic State in Libya, a place in which it implemented a highly sophisticated agenda of socialisation and governance, attempting to co-opt and manipulate local communities into accepting its agenda. Noting that Islamic State’s efforts were only partially successful because of their eventual rejection by local tribes, Inga’s PhD examines the often-fractious relationship between non-state actors and the tribes and other non-governmental stakeholders that “host” them. This research underscores the need to reconsider the processes of state formation in the region as well as the continued currency of the unit of the state in the international system.

Inga will use the Sydney Bailey grant to establish a basis for her research in Tunisia. This includes building trust with exiled Libyans based there and interviewing them to gather sensitive data on a country in turmoil for the last seven years. Due to the volatile situation in Libya, research trips there will happen on an ad-hoc basis. Pursuing field research in such a contested environment and interviewing (potentially) vulnerable people cannot be pursued as quick “in and out” field research but must rather be profoundly embedded. Therefore, she is seeking collaborations with local researchers despite the challenges associated with this approach, as local actors might have their own agenda that could possibly introduce bias. These revealing discussions and impressions on the ground will prove integral to the project and will hopefully contribute to a better understanding of unorthodox governance models in Libya.

Inga is a PhD Candidate at the War Studies Department at King’s College London and research fellow at the International Centre for the Study of Radicalisation. Before starting her PhD, Inga worked as a political consultant in Berlin. Previously, she worked at B’Tselem (NGO) in Jerusalem and as a research assistant at the German Parliament. She holds an MLitt in Middle East, Caucasus and Central Asian Security Studies from the University of St Andrews and a BA in sociology and political science from the University of Würzburg, graduating first class. Her undergraduate thesis was awarded best final thesis in 2016 by the Young German Society for Political and Social Sciences (DNGPS). Inga is a member of the standing expert committee for Terrorism and Interior Security of the Konrad-Adenauer-Foundation and a fellow of the Atlantic Initiative. Her current research focuses on the developments of violent and non-violent Islamist groups in post-Qadhafi Libya.

Annual Conference 2023 11-13 September We are excited to announce the call of papers for our 2023 annual conference. In September 2023,Read More