Parties in conflict have labelled opponents for centuries, but Proscribing peace explores how international proscription has solidified such judgments by creating a category that has both symbolic and material ramifications. Sophie Haspeslagh draws on personal interviews and 20 years of statements by successive Colombian governments and the FARC to show how having stigmatized the armed group in such an extreme way, proscription makes it much harder to make peace with them. The branding of armed groups as ‘terrorists’ post 9/11 created a policy straitjacket for governments making it more difficult to initiate negotiations with a listed group. This book develops the notion of the ‘linguistic ceasefire’ to explore how governments that claim they will never negotiate with terrorists end-up doing just that. To get 40% off enter code peace40 at checkout until 31/12/2021.

In stark contrast to detailed studies of negative emotions, peacebuilding scholar-practitioners pay scant attention to the social psychology of positive emotions that are critical for the long-term transformation of relations among conflict actors. I offer results from one case study of compassion, the first of its kind, of a group of 23 young people from conflict-ridden countries who were enrolled in a 2-year peace education program called Rondine. All of the research participants exhibited compassion for the civilians who suffered from the effects of the violence. Most of them exhibited compassion even for the militants who caused such violence.

The following assessment was written by Ali Bayramoğlu, a journalist, writer and political commentator from Turkey. Mr Bayramoğlu explores the relationship between the government and the military in Turkey, considering its history and how it has shaped Turkish affairs in recent years, including the Kurdish issue. This report examines the hierarchy of the Turkish military, as well as levels of civilian oversight and how it compares to other nations in the West. Mr Bayramoğlu also analyses the role of the Gülenist movement leading to the 2016 coup attempt, which marked a defining moment in the military-civilian relationship. In the report, Mr Bayramoğlu provides a detailed report of the ‘Military Tutelage’ system that has led to the unique relationship between the Turkish Government and Military and considers what reforms have occurred that have changed the nature of this relationship. The report also explains the current recruitment and composition of the Turkish military and considers how this may affect any future relationship changes between the Government and Armed Forces, such as potential politicisation and polarisation.  This assessment can be downloaded in both Turkish and English.

The report was prepared for DPI by journalist Ferda Balancar and details  the evolution and the internal dynamics of the People’s Alliance between the AK Party and the MHP, an alliance which played a decisive role in Turkish politics in the last few years.  It also looks at the possible outcomes of MHP’s relationship with both President Erdoğan and the AK Party. The report further analyses the attitudes of MHP, known to be a doctrinaire nationalist party, with regard to a number of political developments that took place since 2002, when AK Party came into power, and the policies it formulated. 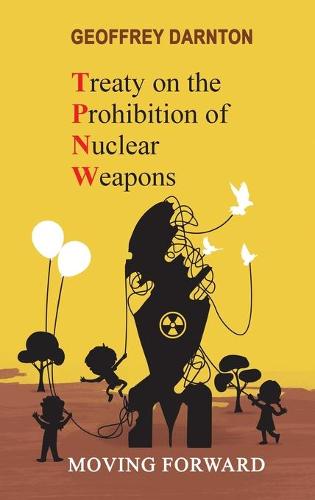 This book puts in your hands a summary of the key reasons why nuclear weapons have been illegal since the birth of the bomb.

NWIL3 was published in 2020. It contains the text of the TPNW, but at the time of publication, the TPNW had many signatures since adoption by UNGA in 2017, but the Treaty had not yet entered into force.

NWIL3 was published in August 2020. The 50th ratification of TPNW was lodged on 24th October 2020. Therefore, it entered into force 90 days later on 22nd January 2021. NWIL3 needed to be brought up to date, or a separate book issued. It is clear that TPNW, although a formidable achievement, should not be seem as the end of the process to rid the world of nuclear weapons. More remains to be done to take TPNW forward.

This book contains several radical suggestions for civil society and others to take forward the promises and hope of TPNW, including the point that individuals involved in decisions to develop, finance, acquire, or deploy nuclear weapons can be held accountable as individuals under international law. There is a need for a Nuclear Weapons Convention, and a Treaty that is available to individuals, not just nation states – a TPNWI. Work is needed for more states to become parties to TPNW.

While the book was in development, the UK government announced its intention to increase its number of nuclear warheads. There is a case study of the UK showing how profound are the UK’s breaches of international law concerning nuclear weapons.

After TPNW was adopted, various nuclear weapons and umbrella states made various assertions that TPNW could undermine the NPT. The book looks at these assertions and finds no credible explanation put forward by the NWS: on the contrary, TPNW achieves more than was achieved under the NPT by the NWS sitting on their hands for more than half a century breaching their legal obligations. The TPNW is the proliferation of Nuclear Weapon Free Zones – NOT the proliferation of Nuclear Weapons!

Find it on sale here.