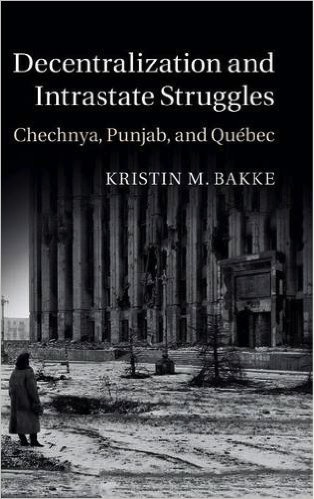 The prize committee received over 50 nominations from conflict/peace researchers, institutions, practitioners and publishers. The committee chose the winning title out of 4 short-listed books based on criteria such as how well the book demonstrates a significant contribution to conflict/peace studies, impact factor, methodological rigour, robustness and credibility of the findings, the extent to which it is interdisciplinary, quality of writing and presentation. The committee also prioritized first time book authors.

The prize committee noted that Decentralization and Intrastate Struggles is “an excellent critical study of decentralisation as a response to secessionist conflicts.” It is an impressive first book from “an academic who has very quickly been established as a leading researcher in conflict studies.” Committee members praised the book for its “clear thesis that significantly adds to the theoretical and empirical debates on conflict management.” In particular, the committee concentrated on the extent which it uses robust methods to contribute to existing debates: “The study uses new data, new quantitative analysis and presents original case studies done on the basis of a mass of interviewing and travel to the regions concerned (except Chechnya). It is a very thorough-going piece of original research.”

This year’s prize committee had to choose out of 4 very good books. Further congratulations are extended to the following running up titles (in no particular order):

The prize winner (Dr. Kristin Bakke) is invited to the CRS annual conference to receive their prize and to provide a short presentation on their work at the CRS conference at Trinity College, Dublin, September, 2016.

For more information on the CRS Book of the Year Prize please see https://conflictresearchsociety.org/the-conflict-research-society-book-of-the-year/