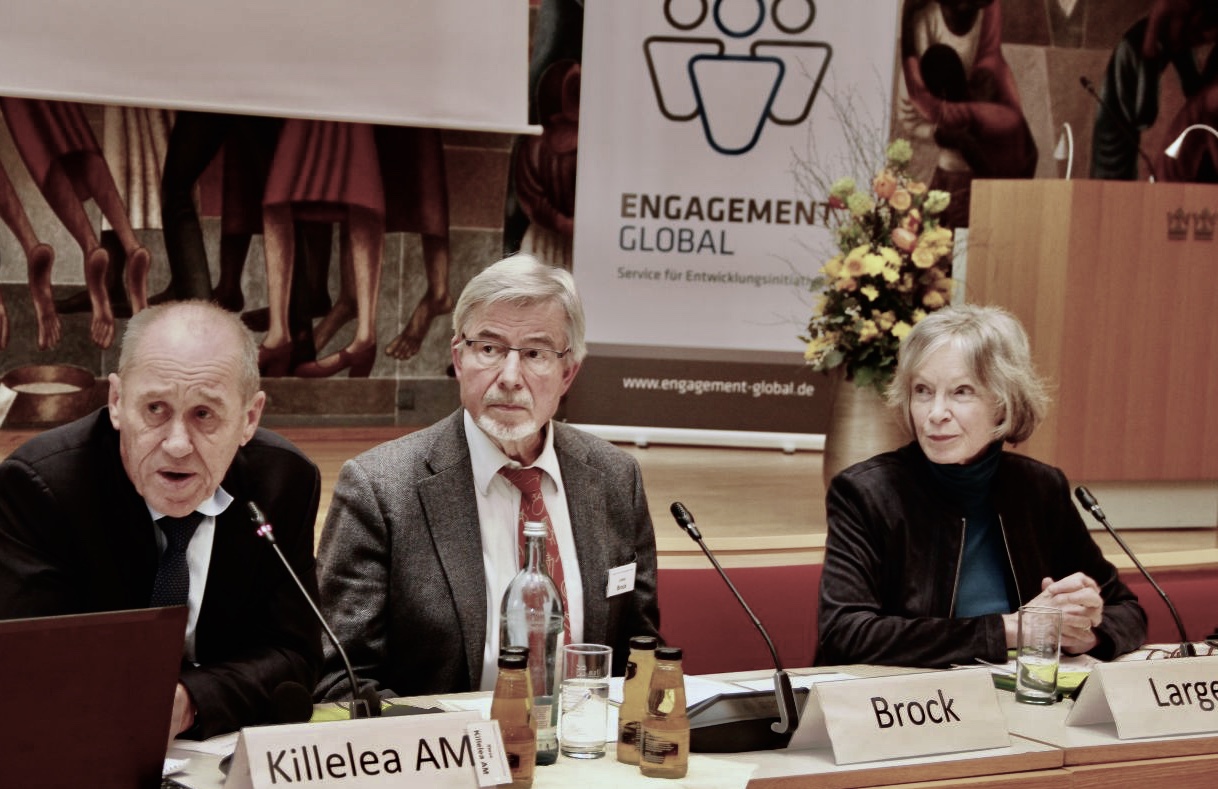 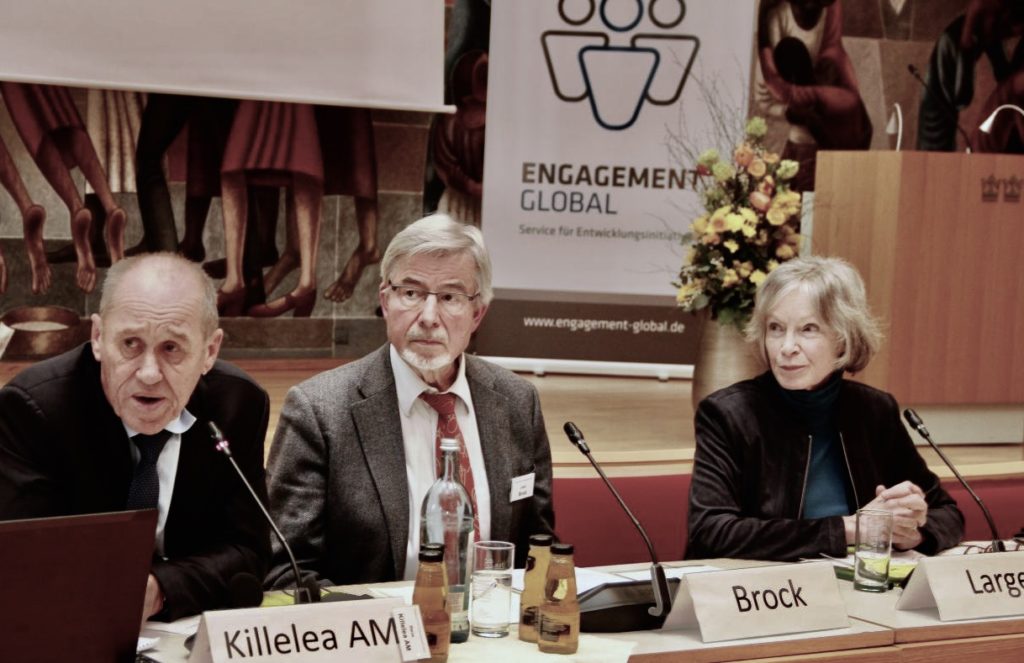 Member of CRS Council and Senior Research Fellow at CARC, University of Kent Judith Large gave an opening address at the Dresden Forum on International Politics 8/9 February 2018, on the theme of ‘Sustaining Peace through democratic governance: Challenges for the International Agenda’. The forum was organised by the Development and Peace Foundation SEF in conjunction with both the Government of the Free State of Saxony and the Federal Ministry for Economic Cooperation and Development. This event was held in tandem with the United Nations’ current process of reviewing its conflict resolution strategy, and subsequent to the release on 18 January 2018 of the Secretary General’s report on Peacebuilding and Sustaining Peace, with its four pillars of the rule of law, accountability, democracy and human rights. For the Dresden Forum ‘sustaining peace’ means a challenge to overcome more than a decade of hard security statist dominance and move to responsive political systems, which can act on and manage social grievance.

Judith’s talk highlighted the contradiction between a rise in claimed electoral democracies (125 worldwide in 2015) and the sharp decline in human rights and civil liberties, documented by the recently released 2018 Rule of Law Index which found that fundamental human rights have declined in almost 2/3 of the 113 countries surveyed. With concerns including non-discrimination, freedom of expression and religion, right to privacy and workers’ rights, there is growing recognition that populism, authoritarian nationalism and the general retreat from international legal obligations are trends which pose grave dangers. Moreover, seven years after the demonstrations for democracy referred to as the ‘Arab Spring’ we have ample and tragic evidence of expressed social need but too often repressive responses and war, with international agendas further complicating domestic politics.

Pointing to the paradox of democratic success but liberal decline, Judith pointed to the importance of ‘governance’ – that is, the means of systems, relationships and institutions –which manage and meet needs and changes in a given society. If Democracy is the What, Governance is the How; response and delivery processes, use of authority, decision-making, accountability. She had three key questions for deliberation in the forum: 1) Is democratic governance a means for providing wider human security, or is it an ideal too often suspended for special powers in the name of ‘security’? (as per counter-terrorism and now prevention of violent extremism agendas). 2) In the promotion of democracy – (also as part of post-war settlements) has emphasis been too much on the redistribution of power through elections and not enough on delivery- that is, measures which meet the development and human needs of citizens? 3) When does the pursuit of national security produce domestic insecurity, particularly played out in urban spaces – in the modern city?

Sustaining peace was seen as encompassing prevention and proactive social policies, a continuous responsibility for all countries and the communities within them. In a fitting tribute to the power of history and transformation, a public event was also held, in the Dresden Frauenkirche, the majestic cathedral-like protestant baroque structure destroyed by the UK/US firebombing aerial attack in February 1945, then left as rubble for fifty years under the DDR. The church was rebuilt between 1995 and 2005, a counterpart to Coventry Cathedral in the UK – both now living centres for work on peace and reconciliation. Also attended by all conference participants, the public meeting was addressed by Michael Kretschmer, Minister-President of the Free State of Saxony, and H.E. Ramzy Ezzeldin Ramzy, Deputy Special Envoy of the United Nations Secretary General for Syria. Ambassador Ramzy’s overview of recent developments in Syria was a sobering reminder of the magnitude of tasks and challenges ahead.